The aspirations of a young graduate are broken by a problem of conscience. The failure of the dream to establish itself professionally forces the protagonist to a life of frustration and regret for missed opportunities.
The ghosts of the past, never completely exorcised, will reappear twenty-two years later, in a context of turbulent and current problems.
Failure and redemption are the leitmotiv of a hard-hitting, realistic, sometimes even cynical and provocative tale, whose title means “the reasons of a conscience”, which opens up a gap on two adjoining eras, yet so distant: one characterized by hopes and illusions, the other by disenchantment and pain. 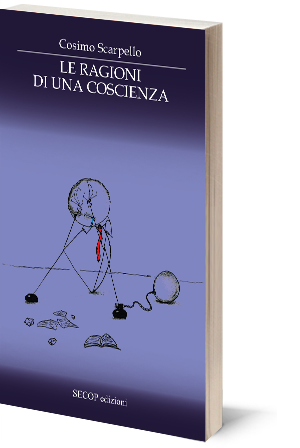 08/02/2020, QUIMESAGNE.IT.
Meetings with the author. The students of Epifanio Ferdinando converse with the writer Cosimo Scarpello.