Revenge is the topic of this novel called La figlia mai avuta ('The daughter he never had'), whose plot focuses on unexpected misfortunes suffered by Cataldo Marsella, an unscrupulous businessman who spares no retaliations to anyone that dares to challenge him.
A greedy man, selfish and vindictive, is put on the ropes by an old enemy risen from the ashes to take revenge, just when the insurgent friendship with Nora, a charming foreign young lady, seems to have awakened in him a strange parental instinct.
However nothing is as it seems nor happens by chance, because the shadow of a hidden direction and the suspicion of a vendetta with deeper roots hover around his recent ruin.
Full of prejudices, self-confident and too secure of his own strength, the protagonist won't be able to understand the hard life suffered at the end of the story, whose moral is left to the reader's understanding as in an ancient fairy tale.
The setting is a small town in southern Italy, where the appearance is much more important than substance, where gossip, rivalries and superficiality reign supreme and even mediocrity is seen as a quality. 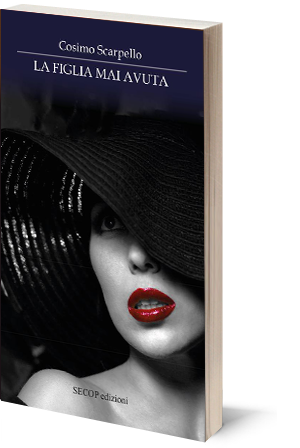 21/11/2019, ILQUARTOPOTERE.IT.
Educational emergency of our time. Let’s learn to become responsible for our actions in the name of identity.

18/11/2019, CORATOLIVE.IT.
Identity and right to the name. Second appointment with ‘Carefully’.